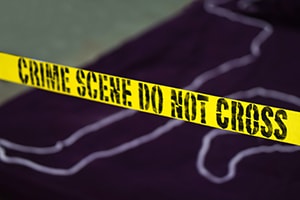 The crime of homicide is the unlawful taking of another human being's life.

The laws regarding homicide are as complex as they are serious. Depending on the facts and circumstances of the homicide case, the potential consequences for the crime are varied. For example, the crime of murder in the first degree involves the premeditated killing of another individual. While motivation in and of itself is not the issue, the state of mind of the defendant is.

Murder in the first degree is the most serious of crimes. It carries with it the maximum possible sentence allowed by Massachusetts law. Given that the Commonwealth of Massachusetts does not presently have a death penalty, the sentence for murder in the first degree is life imprisonment without a chance for parole. As a result, bail is generally denied at the arraignment of these cases.

Homicide cases are not limited to cases of murder in the first degree.  Homicide charges include:

The particular crime for which one is charged generally depends on questions of intent, negligence and indifference to human life. The defenses to homicide charges cases are just as complex, if not more so, as the criminal charge itself. These defenses often include the need for scientific experts.

Given today's level of scientific knowledge, DNA, fingerprints and other forms of crime scene analysis is often a critical aspect of criminal defense in such cases. Often, finding the right attorney and the right experts are critical in the fight for one's freedom. At times, there is also a need for medical experts who can offer expert testimony regarding the cause of death and the manner in which that cause was inflicted. Finally, a psychiatric experts may also be needed in cases to testify as to whether or not the defendant was legally culpable for taking someone's life.

More than perhaps any other crime, the defense of a homicide case involves much more than the questions of "who did it and why". As a result, it is foolhardy to defend one's self in these cases without experienced Counsel who is able to provide a zealous defense and is capable of handling these issues.

The defense team at Altman & Altman, LLP has decades of practice in dealing with homicide cases and include former prosecutors as well. If you or a loved one are suspected with taking the life of another, the stakes could not be higher. Contact us for a free consultation or call us at 617.492.3000 to see how we can help you.