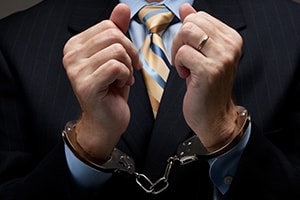 The term "white collar crime" refers to any nonviolent crime that is committed by corporate or government officials or an individual to achieve unlawful commercial gains. Especially in cases of white collar crimes, it is frightening how often people find themselves in trouble just by a simple mistake, being unaware of the applicable laws or simply being a convenient "fall guy": The mistaken belief that such crimes, involving business issues and neither drugs nor violence, need not be taken seriously have led many a defendant to prison.

The chances of having the criminal justice spotlight on you through no fault of your own are just as great, if not greater, in these types of cases. In many instances, these crimes appear to have been committed, or in fact have been committed, through simple mistakes and misunderstandings. Most of these crimes, however, require intentional acts, usually motivated by potential profit, in order to actually constitute a crime. Often, the law allows prosecutors to relay upon presumptions to prove such intent. It is urgent that any target of such an investigation be represented at the first possible moment so that rights may be preserved and any possibility of ending the investigation without criminal prosecution can be examined. For over 50 years Our Boston Criminal Lawyers at Altman and Altman have helped clients who have been criminally investigated and/or charged with white collar crimes. If you have been charged or are being investigated or questioned regarding such a crime, you need a lawyer. Let our criminal trial attorneys provide you with an immediate free consultation.

Most white collar crimes involve the allegation of some kind of fraud. Documents and circumstances can often be misinterpreted by investigators, supporting a conclusion of guilt prematurely. An experienced attorney, if retained early enough, can often help prevent such misunderstandings from becoming the basis of a criminal prosecution. The following are circumstances through which such accusations can arise:

Intentional Provision of False Information: Abuse of the System Crimes

Certain financial mechanisms have been put in place in order to assist or "make whole" someone in their time of need. However, the intentional providing of false information in that process in order to profit, help someone else to do so, is a crime. Similarly, in some instances you may have the obligation to report income. The intentional providing of false information in such instances can effect one's tax status, receiving of government grants or other such financial aid. Examples of such "abuse of the system" crimes include:

Theft-related crimes Some White Collar allegations, when boiled down to their components, setting aside the fancy name, amount to simple theft. This can range from the businessman accused of stealing funds from his company to using someone else's information to charge their credit card or bank accounts without authorization, to undertaking other activities that undermine the economic security of a corporation, such as stealing or giving away classified information. Examples of this type of crime include: Money-Related Crimes

There are a number of crimes which involve the abuse of United States Currency. When you receive money, you do not usually know the particular bill's history. Its future after it leaves your possession is likewise unknown. However, the very fact that the money has paused its travels to visit with you can lead to suspicions about your involvement with any criminal enterprise along its continued journey. The money may be connected with a crime. It may not be genuine. In such cases, you could easily fall into the web of suspicion. Issuing a check for which you have insufficient funds, or even cashing a third party check which bounces can likewise bring you to the attention of criminal justice agencies. Examples of such crimes include:

Even if you are not the primary target of an ongoing investigation, it does not take very much for the government to believe you were "in on it." In such a case, a conspiracy may be alleged. If you are believed to be part of a criminal conspiracy, they you may be found guilty for the acts of all other participants in the alleged scheme.

There are many types of white collar crimes in addition to the ones that are listed above, If you have reason to believe you are being investigated, do not guess, the risk is too great. Get an experienced lawyer to help you.

If you are being investigated, questioned, or have been formally charged then call to immediately speak to an experienced Boston criminal lawyer. Call us at 617.492.3000 or contact us online today.

Boston Criminal Lawyer Blog - White Collar Crimes
Tell Us About Your Case
Criminal Defense
Personal Injury Practice
Client Reviews
★★★★★
Dear Sam, I can not thank you enough for your expertise in the handling of Chris's case as well as your sensitivity and caring attitude. toward him. I appreciate it from the bottom of my heart. He really expressed how good it felt to be able to talk to you! Sincerely and may God bless you. Pat W.
★★★★★
I really appreciate your prompt and highly effective assistance on this matter. After six different OUI attorneys told me that there was no way to recall the warrant and dismiss the charges against me without me returning to Mass from California, you managed to accomplish what they said was impossible. Thanks again! Neil D., Boston, MA
★★★★★
It took some 30 years,almost the loss of a job,fid card ,arrested ,etc,etc.i tried several lawyers,and got the same disappointing answer ;sorry ,nothing we can do;.One little phone call and back and forth on the iPad,and for the first time i felt positive that this issue could be resolved.MR Goldwyn,and Ms Aisa Fitzgerald told me their game plan,and they made it happen.I am a very ,very happy clam. Robert D.
★★★★★
Rick Floor is who I often to go to and he is amazing! Great customer service, and always exceeds my expectations but the whole office is always pleasant and helpful when I call or walk in! Em J.
View More
Submit a Law Firm Client Review